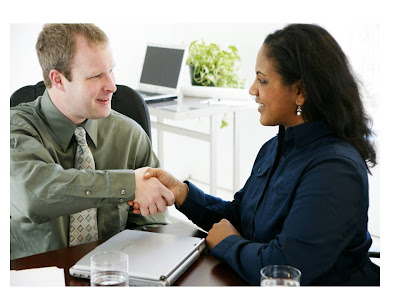 Guest Post by Kristyn L. Graham
The interview
11. Showing up late
Nobody likes to be kept waiting, especially hiring managers evaluating whether or not you would make a good employee.
12. Dressing for the wrong job
Your interview attire should match the dress code of the company, or be one step up. If the office dress code is business casual, wearing jeans and a T-shirt won’t work in your favor. On the other hand, if you’re told dress is casual, you’ll stick out if you show up wearing a double-breasted suit.
13. Not asking questions
When the interview comes to a close, the hiring manager will undoubtedly ask if you have any questions for him or her. Not asking anything is the equivalent of saying, “I don’t care all that much about the job.”
14. Badmouthing a former boss
When you talk to hiring managers about a previous employer, you’re also talking about them. The way you talk about a previous employer is how interviewers think you’ll talk about them in the future, so keep it civil.
15. Not paying attention
Another way to show you don’t care much about the job is to get distracted. Answering your phone, sending texts or digging through your bag tells the interviewer that your focus is anywhere except on the interview.
16. Not researching the position
Your chief objective in an interview is convincing the hiring manager you’re the best candidate for the job. How can you prove your qualifications if you don’t have an idea of what skills you’re expected to have and what your responsibilities will be?
17. Not researching the company
Employers want to know that your motivation for work is more than a paycheck. If you demonstrate that you know something about the company’s history, its goals and its culture, you prove you want to be a part of the company.
18. Forgetting common etiquette
Don’t cuss, chew gum, burp, take off your shoes, forget to shower or do anything else that’s not appropriate in a business setting. Don’t give the interviewer a reason not to hire you.
19. Forgetting you’re being interviewed from the moment you walk in
Just because you’re not sitting down at a desk across from the hiring manager, don’t think you’re not being evaluated. For example, employers will often ask their receptionists if you were nice them. Even if your interview involves lunch or dinner, you’re trying to get a job, not show off your ability to down tequila shots.
20. Bringing up salary too soon
A rule of thumb is that you should never bring up pay; let the hiring manager do it. Of course employers are aware that you want to know about the salary, so they will bring it up when the time is right. Appearing too concerned with money suggests you aren’t passionate about the position or the company.